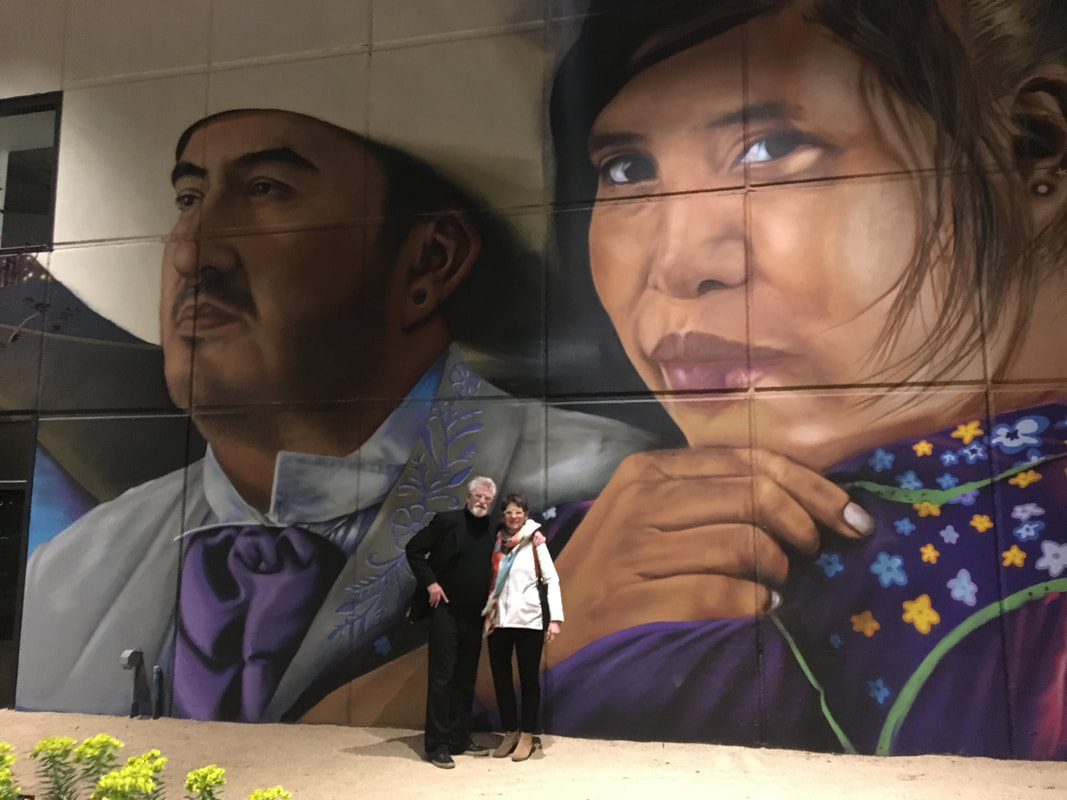 ​
​Tom Verner was born under the sign of Aquarius in a small Irish Catholic town, Castle Shannon, in Western Pennsylvania. He was an altar boy at Saint Anne’s church and he had a laboratory in his basement with chemistry equipment supplied by his Uncle Jim, a chemist for US Steel. He also had a Dick Tracey Crime Detector Kit and
collected the finger prints of all the people in the neighborhood --if a crime went down, he would be on the case.

Tom left home early and spent seven years in a monastery –where he learned to chant, studied Latin and Greek and generally lived like someone in the thirteenth Century. These years taught him the importance of Community, Ritual, Study, Silence and Solitude. With a small group of other monks, Tom learn to love the power and beauty of poetry –they gathered regularly to read and memorize poetry, from the religious poetry of Gerard Manley Hopkins to the irreverently wild verse of the Beat Generation.

Tom tumbled out of the Thirteenth Century into the 60’s world of “sex, drug and rock and roll.”  He lived in Saint Joseph’s House of Hospitality in the Hill District of Pittsburgh, a Catholic Worker House founded by Dorothy Day. They housed 150 homeless, indigent men and fed 400 people everyday from their soup kitchen.  While at St Joe’s, Tom got a degree from Duquesne University in Existential Philosophy.

He joined the Peace Corp and taught English in Iran, falling in love with Persian culture, especially its poetry  -Hafez, Rumi, Saadi and so many others. Tom’s soul felt right at home in the poetic and philosophical culture of Persia.

Tom’s came home from Iran and settled in Hartford Connecticut
where he got a job as a counselor in a Drug and Alcohol Hospital. At night he attended the University of Hartford and got an MA in Literature but his work in the hospital awakened an interest in Psychology. He entered a PhD program in Clinical Psychology at The Humanistic Psychology Institute.

While working in the Drug Program he met a recovering heroin addict, Milton, who was a professional magician. He begged Milton to teach him some magic but Milton refused.  Shortly thereafter Milton was assigned to Tom as a patient and at their first hour long counseling session Milton announced, “Fifty minutes are mine and ten minutes are yours.” So for two years Milton taught Tom magic, ten minutes a week.  If he practiced and master the trick, Milton would teach him another. This began Tom’s life as a magician.  For the next twenty-five years Tom wove together work as a Clinical psychologist, a college Professor of Psychology and a professional magician.

Shortly after 9/11, through an amazing, magical constellation of circumstances, Tom found himself in the refugee camps in Kosovo.
He performed 15 magic shows in a week and that was where the idea to start the not-for-profit organization, Magicians Without Borders, was born.

Starting Magicians Without Borders brought together all three of his careers –psychologist, teacher and magician. The mission of Magicians Without Borders is to “use the art of magic to entertain, educate and empower some of the most forgotten children in the world. They have performed in over forty countries for over one million refugee and orphan children.  They also have 8 programs around the world teaching magic to very poor children. As the children learn, practice and perform magic, dreams begin to awaken in these young magicians that the impossible is possible in their lives. They begin to say, “I’ve always wanted to be a nurse…or a cook…or a social worker…or….”  Magicians Without Borders has a Scholarship Fund to make these dreams come true.